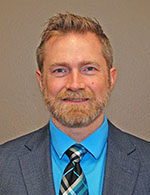 Mr. Spence was appointed by Idaho State Liquor Division Director Jeff Anderson as Deputy Director for Information Technology & Security on September 16, 2013. He has been with the ISLD for nearly 20 years.

While studying Physics and Computer Science at Boise State University, Mr. Spence was working part time at the Idaho State Fish and Game mail room and the BSU Bookstore. He applied to the ISLD in August of 1994 and was hired as a part time warehouse worker picking orders.

In 1998 he joined the Information Technology team. In 2001 he was promoted to a full time Associate Programmer and in 2003 he became the full time Senior Systems Technician and Web Design Specialist covering hardware, network administration, and creation of a new website. In 2008 he was promoted to Network Analyst taking on the advanced network and server duties for the ISLD and in 2013 assumed responsibility for the entire Information Technology and Security functions for the division’s central office, warehouse, and retail network.

Mr. Spence is a Gem State native, growing up in Heyburn, Idaho. He resides in Boise. 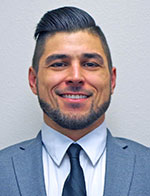 Ray Homen joined the Idaho State Liquor Division (ISLD) on August 3, 2015, as a Business Analyst and was named Deputy Director for Procurement and Distribution on April 23, 2018. Prior to joining the ISLD, Ray worked in private industry for nearly 20 years.

Mr. Homen joined the Division after spending nearly three years in Wells Fargo’s analytics department. During his time at Wells Fargo, he was responsible for all levels of analytical support, reviewing financial packets for completion, managing data integrity, data entry of financial information, and setting productivity levels. He was involved in many strategic planning assignments and developing process improvements. 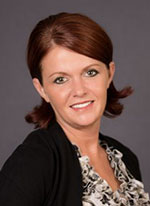 Ms. Ray joined the Division after 18 years with Kroger where she served in various leadership roles across multiple retail divisions including District Operations Coordinator for the Columbus, Ohio division and District Manager for the Dillon’s division, overseeing stores in Kansas and Nebraska. During her time as District Manager, she was responsible for assessing the ability of stores to exceed customer expectations, establishing and achieving sales and profit goals, and coaching and developing district management and store level teams.

In 2013 Ms. Ray was a recipient of the Progressive Grocer award for Top Women in Grocery.

In addition to spending time with her family, she enjoys helping with school functions, church fundraisers, and various charitable organizations. 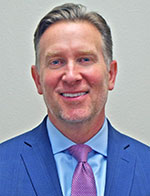 Tony Faraca joined the Idaho State Liquor Division on September 1, 2008. Prior to the ISLD, he worked in private industry and has extensive experience with large manufacturers and retailers including Chevron, Clorox, and Albertson’s.

Mr. Faraca is a graduate of the University of Idaho where he received his Bachelor of Science degree in Finance.