Seventeen states, plus Montgomery, Worcester, Wicomico and Somerset County, Maryland are known as "control jurisdictions." They control the sale of distilled spirits and, in some cases, wine through government agencies at the wholesale level and account for almost one third of the nation's population.

Twelve of those jurisdictions also exercise control over retail sales for off-premise consumption - either through government-operated package stores or designated outlets over which the state supervises a sales agency relationship.
In the regulation of alcohol beverages, they are the alternative to the license states - where wholesale and retail sales of distilled spirits and wine are wholly in the hands of private sellers. By participating in the marketplace, the control jurisdictions are able to serve their citizens with a broader and more flexible range of policy options for promoting moderation in the consumption of alcohol beverages and for reducing alcohol abuse.

The National Alcohol Beverage Control Association (NABCA), established in 1938, represents the control jurisdictions. Like most national associations, NABCA, with headquarters in the Washington DC area, serves its members as an information clearinghouse. A key part of that information processing function is the compilation of statistical reports amounting to over six million pages every year. NABCA also publishes annual surveys of control jurisdiction operations. Its library compiles informational and educational materials as a resource for its members. Management of the association is vested in its Board of Directors, with one director from each of the control jurisdictions and a President elected from the board annually. Day-to-day administration is the responsibility of a full-time Executive Director and staff. NABCA also serves as the liaison for the control jurisdictions to the federal government, the thirty-two license states and the alcohol beverage industry. Of increasing importance is the association's role in public alcohol education and awareness programs. In recent years, NABCA has funded initiatives to address binge drinking on college campuses and other problems of abusive drinking. The association also sponsors an annual National Alcohol Education Symposium, bringing government, academic, medical and other public service organizations. The objective: to better understand alcohol abuse and to find better ways of sharing that understanding with our communities. 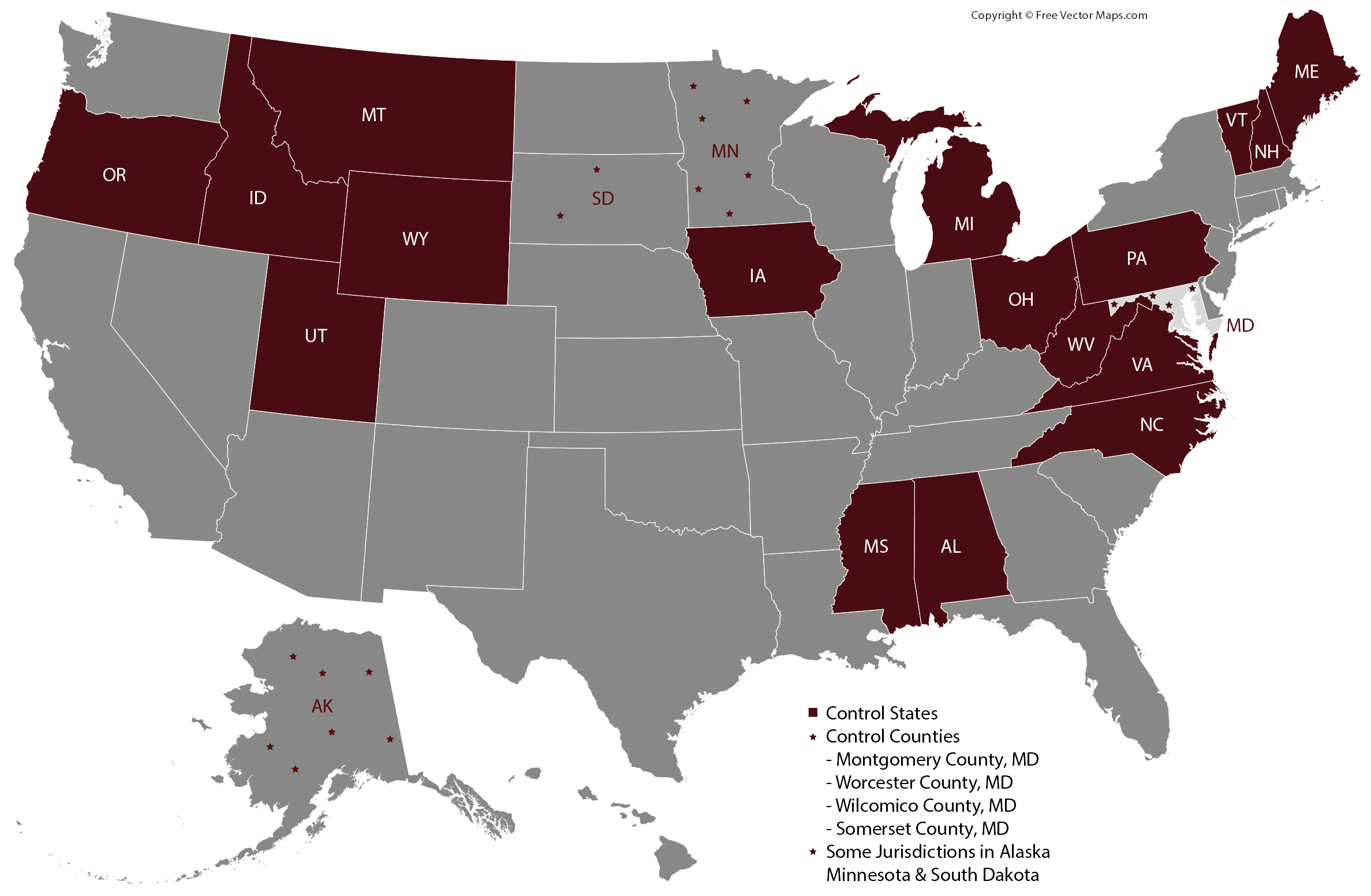 Map of United States of America with States